My first #seeitbinit was in January 2016. I couldn’t stop thinking about the rubbish I had seen the area on my way to work. On my way home I decided to do something about it.

When I started collecting the rubbish, it became clear that I might have bitten off a more than I could chew. I carried the bag a far as I could and placed the rubbish in a bin on Mason Street. 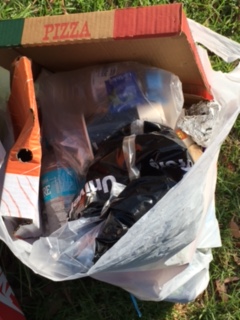 I was hoping someone might offer to help me; instead people seemed to be looking at me like I was a disgusting person for picking up other people’s rubbish.

I paid special attention to straws and smaller pieces of plastic. It took about five minutes to fill the plastic bag. 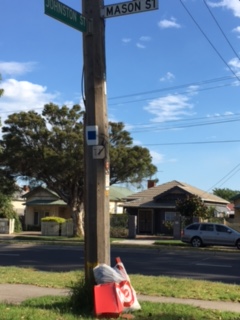 I might seek some advise, because there appears to be whole bags of house hold garbage sitting on the side of the street, I want to do something about it.