As part of an exercise for #CMWP requires setting up Google alerts and blogging about a story of interest. #CMWP requires a series of tasks to be completed throughout the semester and ends with a major project titled ‘Digital story task’. Exploration of users with Autism (and other disabilities), marketing ties and technologies functions in everyday life will be presented. 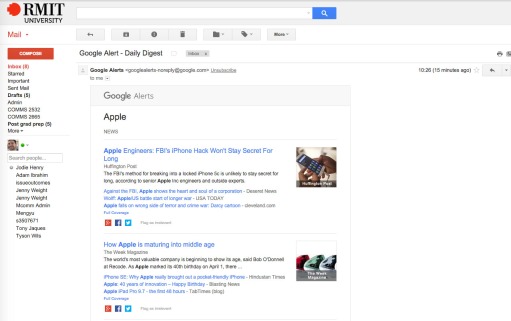 The Google alter posting focused on technologies ability to enable everyday functions using communication tools. This occurs by giving those without a voice one via technologies affordances. 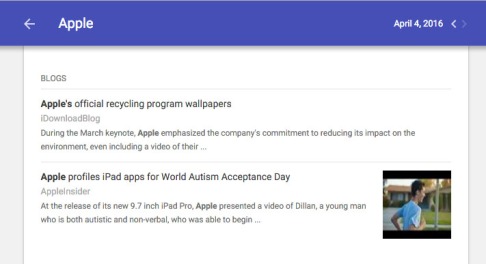 A powerful video is featured in the post, conveying the importance of technology and what technology can enable for individuals with autism. This feature is part promotion and in-part community advertisement, centered around the release of Apples 9.7 iPad pro.

The narrative of the video and post details Dylan’s story, who is autistic, uses his iPad to write words using the Proplogu4test App, then translates his typed words into voice – speaking for him and giving him an actual voice to communicate. The hardware and Apps allow for the technology to enable non-verbal users to tell their stories to others, who primarily communicate through spoken communication.

This post has sparked a broader interest in assisting to raise questions about the content and marketing approach of #CMWP digital story tasks.

Social inclusion is an important component that needs to be addressed, considered and included in the end product of the digital story assignment. Investigation into Overstream technologies and highlighting the video, audio and visual components to allow digestible content for people with additional needs and disabilities will need to be explored further. This Google alert post has highlighted the focus and need for the assignment to be focused on the audience, but to this stage the planning has not necessarily provided broader accessibility and social inclusion to users with disabilities.

In the process of creating the digital story task, keeping the question about how this project can communicate to a global audience and be accessible by people with disability will be an important consideration moving forward.